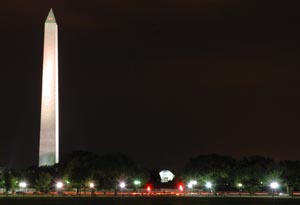 Interested in solar power in District of Columbia? We've got you covered. We've gathered a ton of stats and tracked down any local installers we could find.

Skip to key solar facts in District of Columbia

The average District of Columbia resident spends about 0.13 per kilowatt-hour (kWh) and uses about 720 kilowatts (kW) per month. With an average month's electric bill totaling $90.51 it definitely makes sense to see if you can save money on power.

Estimated time for the system to pay for itself: 19 years, 2 months

Our final opinion: solar panels are somewhat recommended in District of Columbia.

Description: Vivint Solar is one of the larger solar power providers, serving several sun-friendly states. The company is best known for plans with no money down and quick installation. Features: Company highlights: The company offers several plans to match most budgets; however, some salespeople reportedly make commitments and set expectations that cannot be fulfilled.

Solar Power by Month in District of Columbia

District of Columbia has a medium amount of solar power to capture – about 4.26 kilowatts per meter per day.

Data based on 82 reporting zip codes in District of Columbia. Stats above assume a 32 square meter (345 square foot) standard-efficiency (15%) 5 kW system costing $21,000 out of pocket. Costs vary, but are generally lower due to federal and local government incentives.

Get more info on cities in District of Columbia

Choose from a city in District of Columbia below to see info on solar power panels, installation, provider, and cost effectiveness in your area.