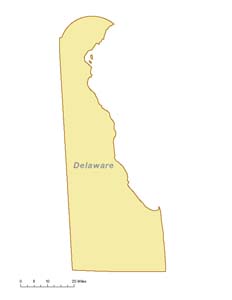 Interested in solar power in Delaware? We've got you covered. We've gathered a ton of stats and tracked down any local installers we could find.

The average Delaware resident spends about 0.13 per kilowatt-hour (kWh) and uses about 944 kilowatts (kW) per month. With an average month's electric bill totaling $122.25 it definitely makes sense to see if you can save money on power.

Estimated time for the system to pay for itself: 18 years, 10 months

Is solar worth it in Delaware? Based on the price of electricity in Delaware (an average of 0.13 per kW) and medium amounts of sun (2% less than average) compared to other states, solar power  is 8% more cost effective than the rest of the nation.

Our final opinion: solar panels are somewhat recommended in Delaware.

Description: Sunrun is a residential-only solar provider in 15 states. The company estimates customers save an average of 20% on their electricity bills after costs. Features: Company highlights: Sunrun's guarantees really make it stand out - especially because one of the most common complaints with other solar panel providers is that salespeople over-promise production and leave customers stuck with money-losing systems. It's all guaranteed in writing with Sunrun.


Solar Power by Month in Delaware

A 5kW system will save someone in Delaware about $93.1 on an average month. Delaware residents will usually generate the most power in July. A breakdown of average solar power and savings per month is below.

Delaware has a medium amount of solar power to capture – about 4.68 kilowatts per meter per day.

Data based on 67 reporting zip codes in Delaware. Stats above assume a 32 square meter (345 square foot) standard-efficiency (15%) 5 kW system costing $21,000 out of pocket. Costs vary, but are generally lower due to federal and local government incentives.

Get more info on cities in Delaware

Choose from a city in Delaware below to see info on solar power panels, installation, provider, and cost effectiveness in your area.