Published on November 11, 2016 by Ryan Whitacker

The last few hours have seen an incredible spike in searches for visa-related terms. The image below comes from Google Trends for the USA only, and spikes as election results swing in Trump's direction. Note that listed times are Pacific time.

The more preliminary search for “move to Canada” shows a similarly dramatic turn.

Canada is by far the most commonly-searched country, with other english-speaking countries sprinkled in. Mexico, while also seeing a spike,  is at 3% of Canada.

Of course the spike has been seen twice before: once when George Bush won reelection in 2004, and again (with a much larger spike) when Trump won primaries (including Super Tuesday) in March.

This spike will make those two spikes look like nothing if the trend today continues. There was a spike in actual visas issued in 2005, so it's possible not all of these searches are pure bluff. Based on the last few hours, we project that searches of this nature will reach an all-time high in November 2016.

Interest in moving to Canada (in blue gradients) is much higher in traditionally-Democratic states as one might expect. Grey states indicate insufficient data from low-population Republican-controlled areas. Those in northern Democratic states like Washington are thinking about Canada.

Massachusetts and New York, meanwhile, are thinking about the UK. Overall searches for Canada are still higher in both states, but interest in the UK is relatively higher in coastal states. (Note that all Trends data is adjusted per capita already.) 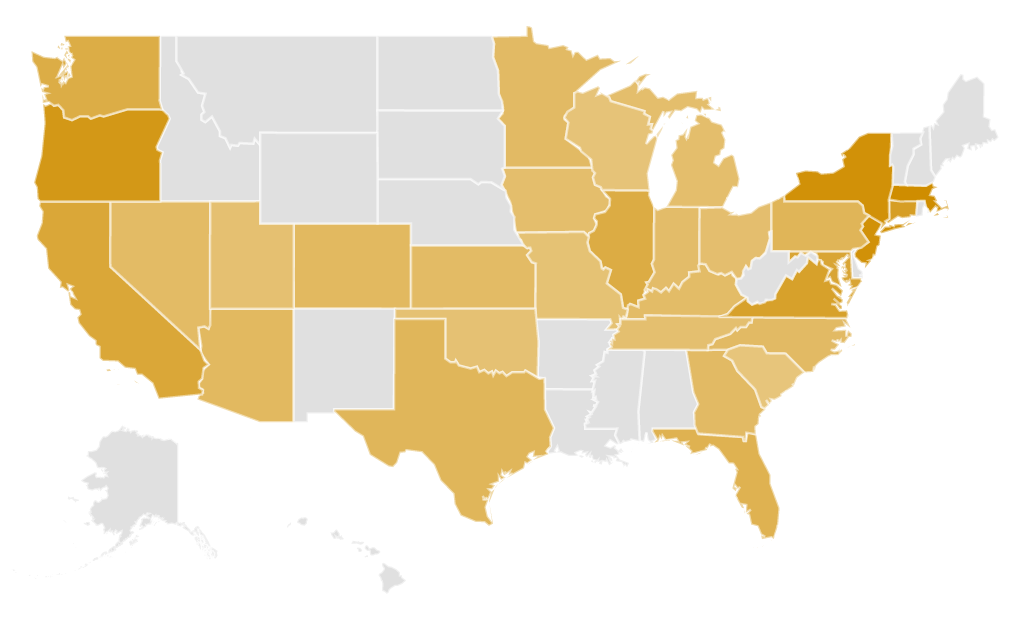 Hawaii is the only state with more interest in Australian visas rather than the much-closer Canadian option. 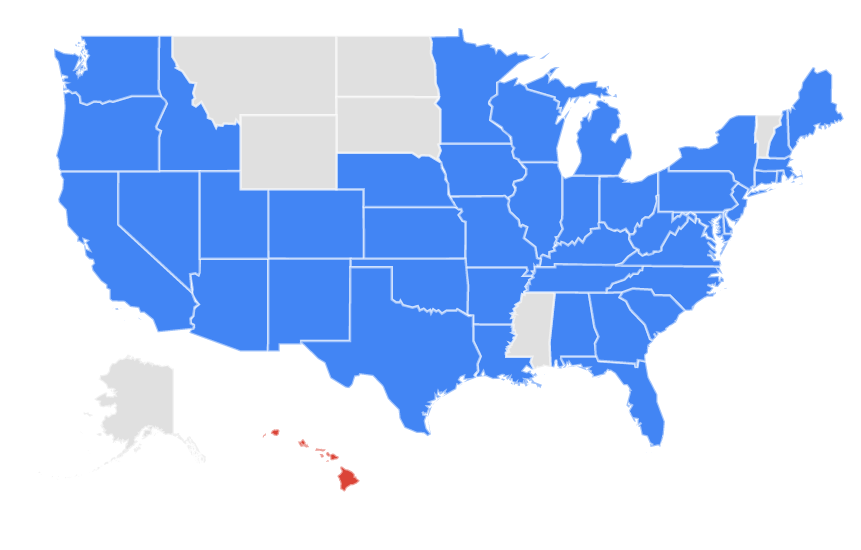 Based on current rates, we expect that searches for Canadian visas and related terms will reach almost 4x the highest levels ever recorded. DecisionData will keep an eye on the data to see whether these searches are earnest or simply a shocked reaction to the results.