Parents might be one step behind when it comes to social media knowledge, but that doesn't mean they don't catch up eventually.

We took a survey of 1,099 US-based self-reporting parents of adolescents about their knowledge of popular social media apps. We asked them to answer whether or not they were familiar with various social media apps currently popular among younger generations.

Below you can see their responses for each individual app: 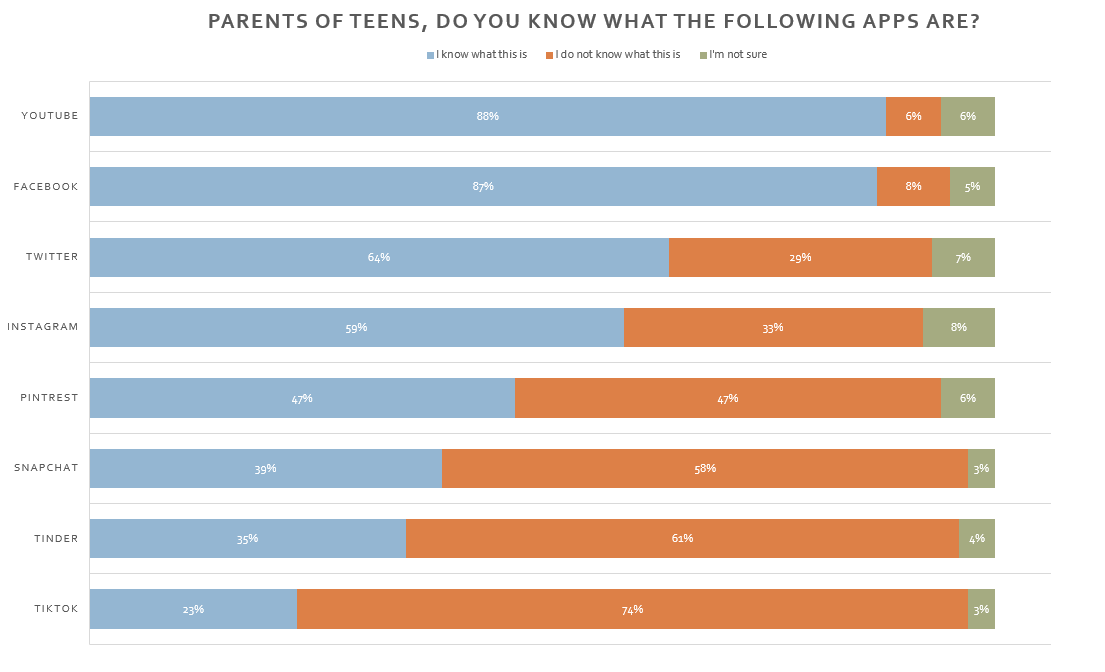 When Facebook first started to gain traction on college campuses and as YouTube allowed users to more easily publish videos to the web, there was a clear gap between the youth of the time and older generations in technological familiarity.

But as the networks spread, the late adopters became some of the services' primary users. People who used to shrug in confusion when asked about Facebook are now daily active users. Not to mention that the running joke that “Facebook is for old people” resonates among younger generations now, as they shift their usage habits to newer apps where their friends spend their time as well.

And of course father time plays into this data as well. People who were once “the younger generation” are now aging, and with that, bringing their adoption of technology into the next era of “old people.” But still, most reply they feel like they are falling behind, intentionally or otherwise:

We asked the parents to respond how likely they are to adopt to new social media trends. Here is how they responded: 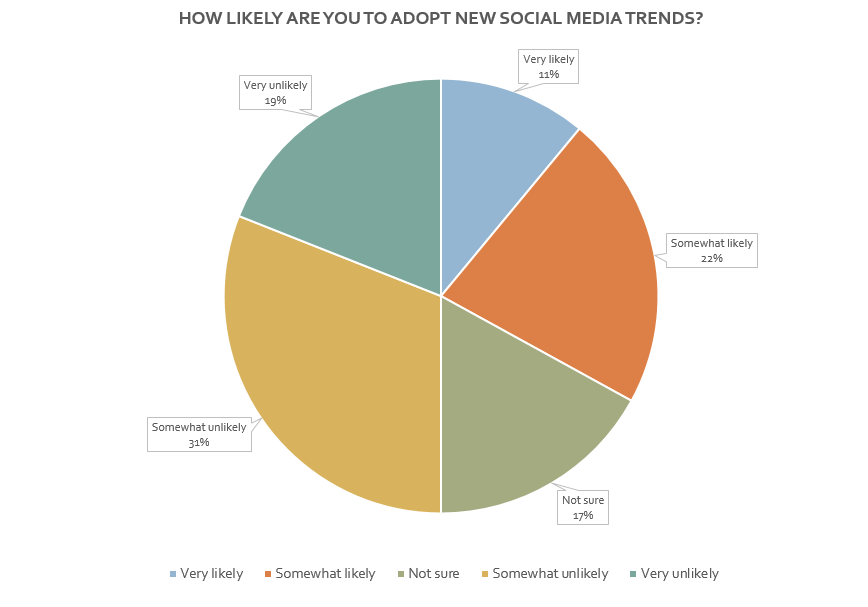 As people age they, in general, tend to stop paying as close attention to trends, especially in technology. But one might wonder if this shifts as accessibility to technology becomes more common, especially as exposure to technology is much more common now than ever. It will be interesting to see if the above graph looks considerably different in 10 years.