It's easy to set up autopay and forget how much we're paying per month for any number of utilities and services. For example, if you were to ask the average person what their monthly water bill is, we're willing to guess they might not have an accurate answer.

The same goes for cable bills. It's rare to find a customer, especially one who signed up years ago and forgot about the monthly bill, to be able to recall how much they're paying each month. In fact, if you were to ask most people what they are paying for their cable package, most would likely reference the special sign-up rate and not what the bill has probably turned into following that introductory period.

Given the continued annual increase to most cable bills, it doesn't appear as if this trend will be slowing down anytime soon, either. We do expect to see the price of packages continue to increase on average in the coming years, given the most recent trends.

Using a mixture of publicly available data from municipal utility providers, Energystar.gov, Consumer Reports, and data sourced through third party research, we were able to calculate the following approximate averages per utility in the United States: 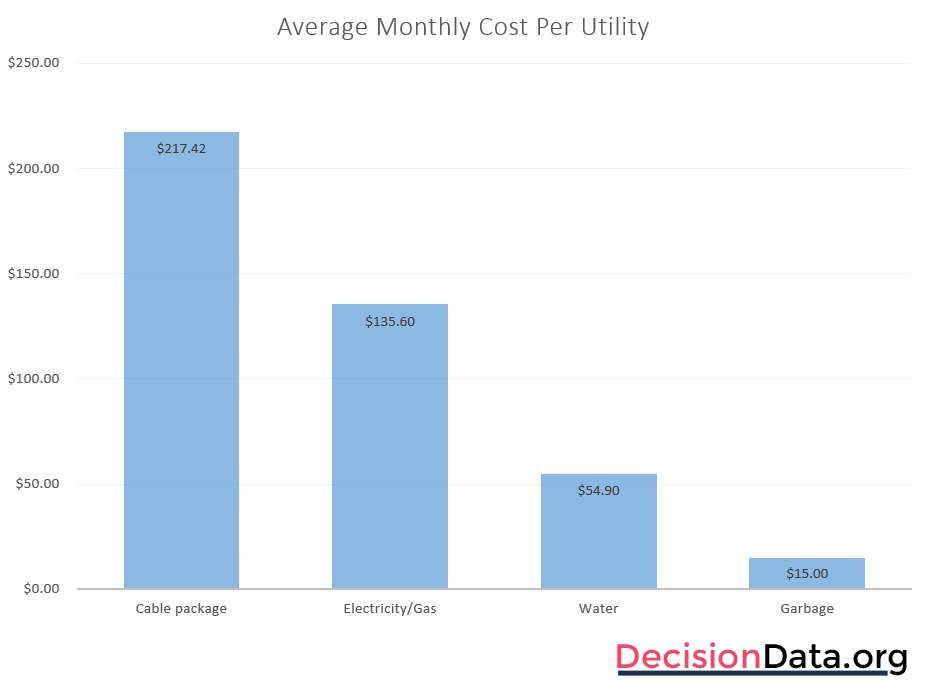 One important thing we found in our research was how relatively expensive a cable bill is compared to other utilities for smaller households. The average cable bill stays relatively similar across household sizes, whether it's one person living in a small apartment or a family of ten living in a large house. This is not true of utilities like electricity or water, with much wider scales for their average bill size depending on household size.

It's normal for the average consumer to look into ways to save money on things like their electric or water bills through conservation efforts. But what we still don't hear discussed more frequently is how to cut costs on what is becoming every household's biggest utility bill. It's not as if cable is an optional service anymore, with having internet access in the home being almost as important as electricity at this point.

There are several things you can do to save money on your cable bill:

First and foremost, it's important to shop around

Cable companies are always offering specials and many with no long-term contracts. Check with every provider in your area to see what sort of specials they have running for new customers and consider the long term savings of making the switch.

Second, talk to your current cable provider about options to lower your bill

Most people are probably paying for more bandwidth than they need, or for premium cable networks they rarely watch. Consider speaking with a sales rep at your existing cable company to discuss options to save money directly with your current plan.

Third, purchase your own equipment to avoid hefty rental fees

Most consumers simply don't know that they are renting a $50-$80 dollar modem from their cable companies for anywhere between $10-$20 a month. Purchase your own equipment and immediately start saving.

For consumers looking to save money, the best place to start is by analyzing all monthly expenses and deciding where they can make cuts. The cable bill for most people will almost certainly offer some opportunity to cut costs. Take a look at your monthly bill and speak with your cable provider today if you have questions about how you can save money.

Read Previous Report: Interest in… Read Next Don’t get hustled…