We love following along with trends in television, and there was none more exciting in 2019 than the launch of Disney+. Rumors had swirled for years that Disney was going to be launching a streaming service, so to finally see it go live was an exciting development in the entertainment industry. And so far, the launch has been hailed a success by Disney, with impressive numbers like more than 26 million subscribers that have signed up for Disney+.

However, we've noticed something interesting in the months following Disney+'s launch and that is a steep decline in interest in the service. What was at one point hailed a potential Netflix killer is now suddenly looking soft in comparison.  With our analysis of brand mentions (a mixture of social media posts mentioning brand names, search engine traffic for specific terms, and press articles), it has become clear that the overall interest in Disney+ has fallen off of a cliff in recent months.

Specifically, with regard to search traffic, it's interesting to note that Disney+ saw a massive spike the month it launched, and was likely propelled forward by huge interest in their one hit show Star Wars: The Mandalorian.

As you can see below in the Google Trends graph, the first month after launch, things looked incredible for Disney+, but the falloff following suggests that there isn't enough staying power in having one hit show.

Second, especially in comparison with consistent interest in Netflix being considerably higher, the drop looks even more intimidating for Disney. It would be one thing if the newest big name to join the streaming wars settled in somewhere around Netflix's graph, but it is considerably lower in early 2020. 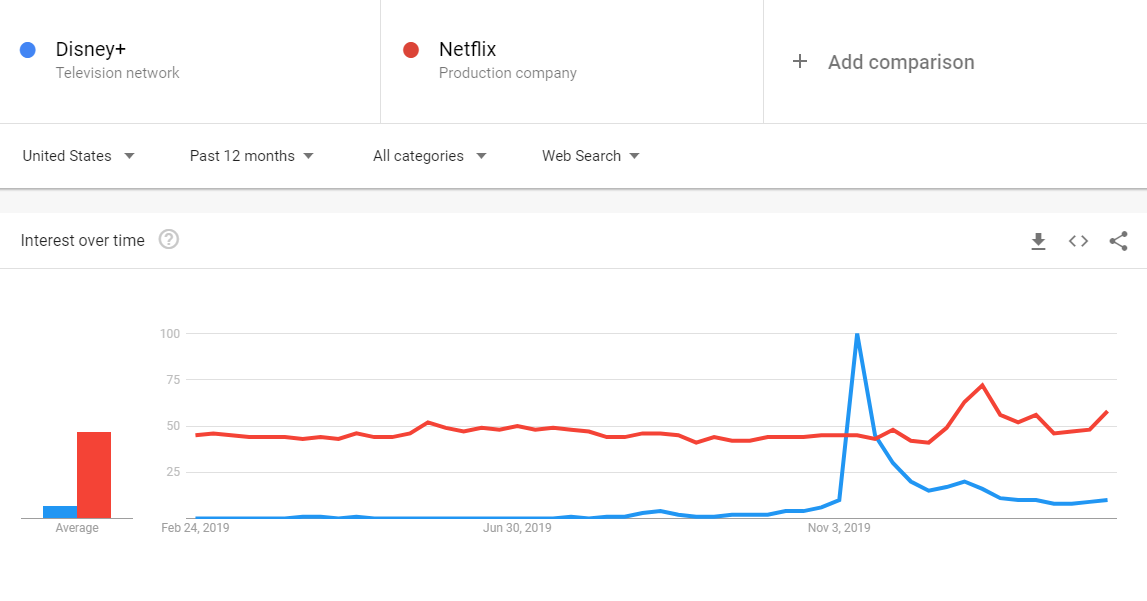 Second, on social media, it doesn't take data analysis to see how the velocity of people sharing their comments regarding Disney+ has slowed down considerably. Comicbook.com reported a major trend of people suggesting they were canceling Disney+ following the finale of The Mandalorian. While things like Baby Yoda helped propel Disney+ into the social stratosphere of virality, it doesn't compare to the almost predictable success of Netflix content catching waves of social media trends.

Follow any hashtag of a Netflix original that catches mainstream attention, and it's weeks of digital conversation, something Netflix has proven repeatable with their release cadence.

Finally, it is worth mentioning even though the subscriber numbers have been impressive early (as expected), digging past the first layer of reporting suggests that it was the marketing budget that got those numbers as high as possible to make a splash. Because of this, we wouldn't be surprised to see an increase in cancellations following the free trials or distribution partnerships ending.

Bob Iger, CEO of Disney, mentioned on CNBC last week that “about 20%” of their new subscribers were signups from the free one year subscription included for Verizon customers (or about 5 million of the 25 million reported).

Of course, it is still far too early to say anything other than “wait and see,” as Disney essentially has an infinite budget to spend developing and distributing content through their streaming service. There are several big-name shows in the pipeline that could easily spike interest again, but even though we cover television and entertainment data trends for a living, we were not expecting to see such a dramatic decrease in interest following the launch.

The answer for Netflix has been to release original content at a rapid clip, that doesn't even give subscribers the opportunity to get bored with the library. While it can, of course, feel difficult to pick a show, and sometimes their originals lack the quality of their first run of shows, there is no doubt that the service has figured out how to keep people subscribed. Beyond Netflix and Disney, these trends clearly highlight the significant appetite for streaming television on the internet.

Read Previous The Disney+ Streaming… Read Next REPORT: The Average… 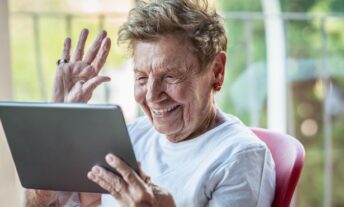 How to Connect to the Digital World as a Senior 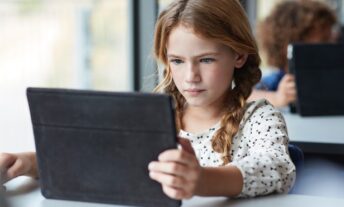 How to Keep Your Child Safe on the Internet