When many ISPs increased their data caps from 300GB per month to 1TB per month, it felt like a cap that would never be reached. At the time, the average household had two or three connected devices and would stream Netflix or watch YouTube a few hours a day.

But four short years after the data caps from most major ISPs increased, some home internet customers are rapidly approaching the new limit. These increases are coming from a wider range of high-bandwidth usage including services like Netflix streaming movies in 4K UHD, YouTube on multiple devices, family video conferencing, more people working from home, and more broadband-intensive web browsing.

As we reported this month, the average home internet customer is now using close to 400GB of data a month, a number that would have surpassed the original ISP data caps from 2016 by over 50-100GB. At current fee structures for overages (which vary by provider), this would add between $200-$250 a year to the average household cable bill.

Our newest analysis of historical FCC data and trending usage data predicts that within the next three years, or before the year 2024, the average household will use over 1TB of broadband data a month, putting them above the current caps. The mean will likely remain below current cap numbers, but as more households turn into power users, the average will continue to spike.

Interestingly, we started conducting research on this trend prior to the COVID-19 pandemic. Toward the end of our research and as self-isolation policy started peaking, we are now seeing the largest spikes in home internet usage in history, far beyond what we could have previously predicted or analyzed. ISPs have properly responded by placing temporary holds on their overage fees for breaching data caps, which reflect that many more consumers have reached or exceeded the 1TB monthly data cap during the pandemic.

While we believe this spike will mellow as people return to a more normal life in the next 12 months, it will still settle considerably above pre-outbreak levels. As policy gravitates toward more generalized self-isolation and work-from-home, we expect a substantial overall increase of demand on home internet to remain.

While it is possible that ISPs will respond similarly to previous usage increases by raising the caps again, there will be lag time. Pressure from consumers who see the overage fees will hopefully guide ISPs in the right direction when it comes to setting data usage limits.

We will continue to follow this trend, especially in light of recent increases in home broadband demand and report on this development. 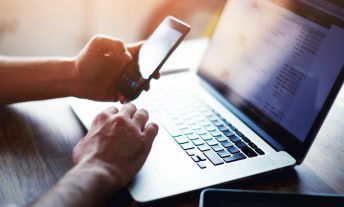 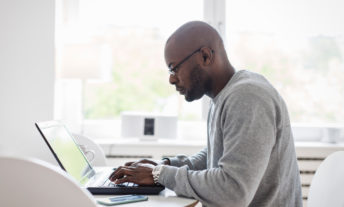 Is Internet Without a Contract Even Possible?

About Our Internet Data

Enter your zip code for the most accurate results.

It’s our mission to give you all the useful data we can on Internet and TV service providers so you can make your own decision.

Please note that DecisionData does have a paid financial relationship with some of the providers listed. This does not impact which providers are shown, as we show all providers we have data for.

We recommend starting with the providers at the top of the list, as these are the providers that are more likely to have coverage at your home or business.

The majority of our data comes from the FCC. We’ve also gathered real-world usage data and combined it. As with any large database, there are plenty of errors. We’ve tried to fix provider errors, but there are probably some we’ve missed. Let us know if you see any mistakes!

This data has been particularly hard to gather and compile, so we hope it’s useful. If you find it helpful in finding Internet providers near you, please share it on Facebook or Twitter.

All logos and trademarks are the property of their respective brands, and service may not be available as listed to all households. This site is for informational purposes only.